How should we use Baby Parcel?

When we started CityDAO, the guiding principle was to put land on a blockchain. That may sound like throwing a couple buzzwords together, but land on chain opens up a world of possibility, like novel Georgist tax mechanisms that ensure allocative efficiency, and instant transfers thanks to blockchain based ownership.

Planned use of the Baby Parcel

One option for Baby Parcel: CityDAO could make NFT leases available for parcels of land in Blanca, Colorado.

We could release a 1 year lease NFT that will be re-auctioned each year. Starting price is $100 USDC. The NFT will be a truly novel primitive, allowing the owner to visit, use, and build on the land.

To encourage something cool to be done, we could hold a contest and award the winner with a paid-up 5 year lease to propose and do something cool with the land. After the 5 year term, the lease will then be auctioned. 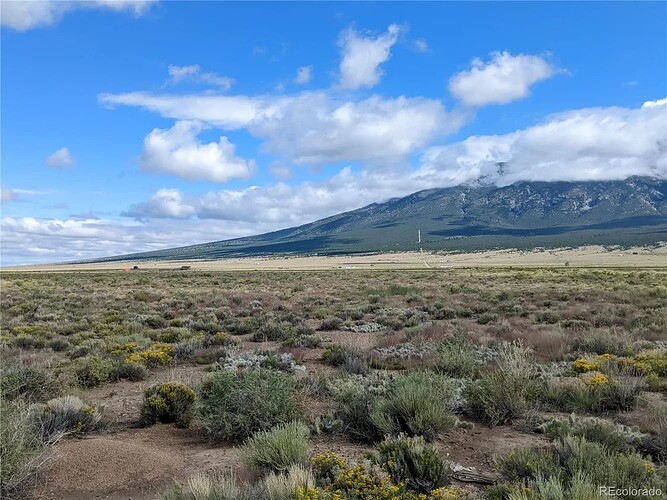 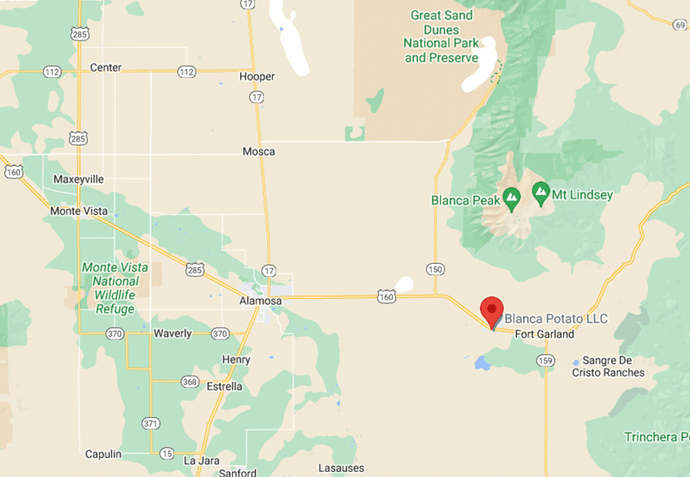 Ideas? Comments? Thoughts? Please share them in the comments!

What are the restrictions in the deed? What is the zoning?
What is the local ‘neighborhood’ like so we know what is appropriate for the area?
Most importantly, has everything you said been vetted and agreed to (by josh at a minimum) or are you just spitballing again and we’re going to go in a totally different direction 2 times before we start to implement?

What are the restrictions in the deed?

What is the zoning?
Zoning limits us to one main residential structure, but seems pretty flexible on ADUs, camping, etc.

Communication Feedback
Your comment comes across as rude and like an attack on me. The point of posting this is to give the community input before everything is set in stone and stress test the plan. So yes, things are likely to change before then, because we are gathering input and feedback.

Would it be possible to use a portion of the parcel to run some initial experiments with Herberger taxes and the like? Thinking about CIP 100, big parcel, etc, there seems to be research and data overall that is lacking in that space. And since this can get off the ground faster…we can get ahead of the curve research wise. We might be able to implement a simple camping/weekend getaway spot (something more robust than a Jupe…or a Jupe) that we can not only begin collecting data, but build the infrastructure to run such social experiments? Let me know! - Blackacres

This is good feedback. I am interested in using Harberger Taxes and testing more Radical Markets mechanisms for sure but regular old leases will allow us to ship a lot faster, plus CIP-100 is allocating a lot of funding towards parcels that useHarberger Tax. Perhaps one parcel can be a Harberger parcel if we can get the engineering done for it

Scott, it’s not a personal attack if it’s true.

I have no strong opinions on Baby Parcel usage.

I do think, however, that we should collaborate with the RWA Consortium, of which we are a member, on the token metadata specification.

The Consortium is working on open standards for representing Real Estate interests as NFTs. These standards are more robust than this initial proposal stipulates (a pointer to an owner address, and string addresses for GeoJSON coordinates and lease terms) and are designed to be both legally and technically compatible with DeFi and ReFi. By collaborating, we would not only be pushing the field forward but also increasing the likelihood that our Land Parcel NFTs could be used composably within DeFi and ReFi applications, which is currently the holy grail for on-chain real estate projects.

This is James from TaterDAO and also member of the RWAC and would love to work on some of the metadata and composability of data to make the NFT as useful as possible. I am also interested in legal engineering and put together a somewhat whimsical NFT lease for a Voxel parcel a couple of years ago. Which might be useful. Voxel Lease | OpenLaw

The idea, might be to mint a Tater NFT and then refer to the NFT in the lease, have some features enabled like escrow, and perhaps a streaming of the lease payments. Just figured I would crash the thread, and cheer you on or help if we can.

thank you for stopping by - not crashing at all!

will take a look at Tater and the Voxel lease for this.

Hey James! I started looking through those links - very cool. I’m also interested in what the CityDAO NFTs could look like (and specifically what kind of attributes we can give to them). I’m not a software developer, so I don’t know how it would work in the back end, but I see things like the ENS domain names where it has extra fields for your twitter handle, email etc. and am interested in exploring the real estate version of that. Things like adding GIS polygon shapefiles, zoning. @DenverCitizen9 adding you since I know you were involved in the Parcel 0 drop, but if others.

Also, is the general consensus that with Land NFTs that leases aren’t really a thing? Like instead of signing a lease to use it for a year, you put the NFT in a smart contract which will revert back to you after a year. So really you give up ownership of it for a year? Or has there been discussion (in cryptoverse) about an NFT having sub-NFTs. So like you could own a property NFT, but then their might be a house on it, and the house has its own NFT that is linked to the property NFT?

Anyways would love to brainstorm / discuss with folks on this!

To me the NFT is just a digital representation or some visible data from which to make something “legal” like a lease. For art, it just points to a jpeg. For the BabyNFT you could relate data around it to be able to reference it in a lease or license, etc. A simpler way to get started might be to just use this from team at Kali https://www.wrappr.wtf/. But if someone would share the ownership of the parcel, and APN, I can think about it.

I’ll definitely keep an eye out for the Lease process, and consider bidding for one. (I may have to take a trip down that way first). I know Sapien is working on parliament system for DAOs, a conversation with them could potentially yield benefits, since we will be able to communicate with other DAOs, and build those economic ties.

Here’s the direction discussed during dev guild call yesterday. One idea would be to have a commercial space that Citizens could govern. Maybe something like a rest stop or “gas” station that sold nfts from the musuem or auction house. Could also have an electrical changing station for the gas station vibe. 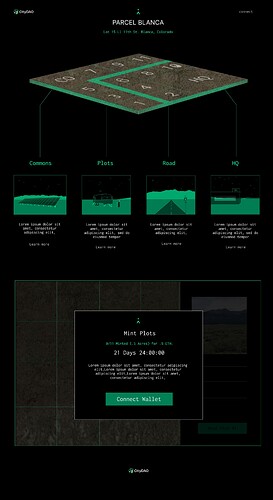 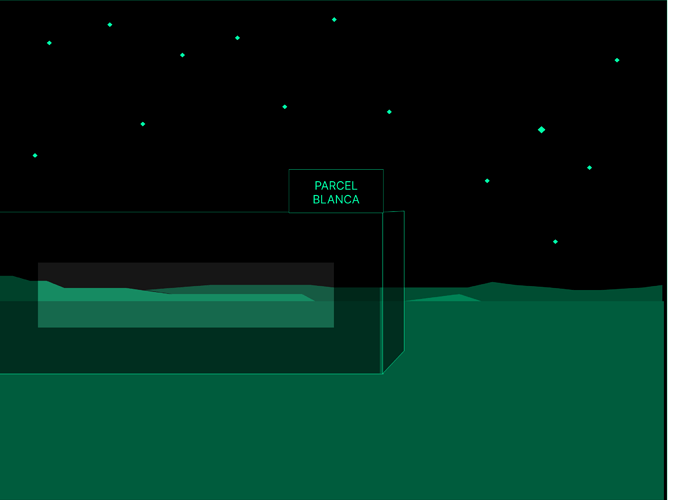 I’ve been talking to Sapien Nation a fair bit on some of this particularly on the topic of cross DAO relations. Ping me any time

Having a common 1/2 or full acre sub-parcel with a general store / charging station seems like a beneficial idea. Also, going with the other project/parcel trends and another potentially low resistance option would be to have a DAO collaboration/coworking/event space near or attached to the store on the common lot.

After a good read I see the focus is on short-term goals to establish a consistent form of funding and building, which makes sense. I did have some fun brainstorming long-term ideas though!

I think it would be good to to create the initial space as multifunctional and cost-effective as possible, covering some basics then expanding. It should provide a means to gather safely for citizens and visitors, as well as potential DAO treasury income by leasing it to organizers for events.

How to get started?

On a personal note, those mountains are SO beautiful and would make an excellent space for Buddhist/spiritual/philosophy retreats from the city

Just because you don’t like a factual comment doesn’t mean it’s inappropriate. This is the second time you have done this and several community members have commented to me privately. I dont have the bandwidth right now to get into a petty argument over your ego. However, the third question is important and highly relevent information based on your past behavior. People deserve to know whether this is something you just spun up or whether it’s been vetted by trusted and responsible people - considering all the work we have done in good faith on your direction and then got sent in another direction a week later because of your chronicly absent and (when there) erratic leadership. You’ve done this several times - so the question is highly relevent.

Frankly, this is why mission was critical of you having any leadership authority, as was voted by mission guild before it was disbanded (I have the minutes).

Ironically, I was looking in this thread to see if any of these projects were worthy of a microgrant but I see no reason to assist someone who wants to control everything and isnt a team player - because that’s not what DAOs are about.