Narrowing our mission at CityDAO

Why do we need a narrow mission?

I’ve been reading forum posts and I think folks are feeling inundated by a new firehose of enthusiastic ideas that are pulling us in different directions. This has brought an entrepreneurial spirit to the DAO, but now we run the risk of having a lot of ideas that aren’t channeled productively.

What are other DAOs doing?
I’ve also been studying a lot of other DAOs for a DAO Handbook project I’m working on - and what I found is that the most successful DAOs have a very narrow mission - a laser focus on a particular goal. Instead of 500 people trying to steer the ship, they already know where it’s going and people can productivity put their hands on deck. For example, ConstitutionDAO had a clear mandate to buy the document. NounsDAO has a pretty clear mandate to fund things that grow the Nouns ecosystem

To build the blockchain-native network city of the future.

I propose a new narrow mission, something more narrow and achievable, like

To build an IRL neighborhood of property for the benefit of Citizens, governed by blockchain

Please respond here and let us know your thoughts!

Respectfully, what we need is not another brainstorming session with another debate about the mission but just a simple pause- a little long term planning and resource allocation, finish the ‘project tracker/transparency parcel’ and determine what other primitives/software that we need to build, and wrap all that up in a unified, cohesive vision before we start off a debate that could take us in a new direction and rehash a well debated topic. We are what we are. At this point our actions should guide the mission not debates and aspirations.

I wouldn’t personally describe Nouns has having a narrow mission, almost the opposite. I know of a few nouns projects, and they are all over the map.

I would go with something broader but really focus on Web3 primitives and cities.

The mission is to fund and experiment with Web3 primitives that will transform the future of cities.

I think the 2 versions of the mission could be complimentary to each others.

In the long run, we do want to

Build the blockchain-native network city of the future.

This is a long term vision that can always act as the guiding pole, and to make sure proposals digressing from this shall be kept away from focus.

Breaking down this long term mission to concrete actionable items that we can actualize within a few months to a year, short time wise we could:

Build one blockchain governed IRL neighborhood for the benefit of Citizens.

A city isn’t build in one day, neither does a network city. We have to start somewhere, start small, work with prototypes, experiment, learn from mistakes, and expand within our capacity towards the long term vision we have.

I agree with narrowing our mission. I also agree with the general direction of the proposed mission.

To build an IRL neighborhood of property for the benefit of Citizens, governed by blockchain

I think what we are finding is that in order to build an IRL neighborhood, there are lots of tools that we need that haven’t been invented yet. I think many of the recent CIPs are in recognition of that fact and trying to address those issues. So we’ll need to have some clear guidelines on how many degrees of separation a proposal is from the narrowed mission.

For example:
-completely on mission: Building a house or infrastructure on CityDAO owned land or just buying land.
-1 degree of separation: Building the land NFT market place so citizens can buy parcels on the CityDAO Parcel. This is not physically building a real life city, but its pretty necessary, so I would say this fits
-2 degrees and more fuzzy areas: software upgrades so that CityDAO can use quadratic voting, or CityDAO Universty, or

The fuzzy areas are a struggle. I personally think implementing full quadratic voting will improve governance and be a tool that other network citeis can use in the future. But maybe it shouldn’t be funded by CityDAO. But then again maybe it should be if we feel it is essential to operating a City On Chain. I feel similarly conflicted with Univ3rsity - proposed by people that I have a lot of respect for and that serves a public benefit for crypto/network city universe that CityDAO will benefit from (though won’t be the sole beneficiary), but its not moving us closer to a City IRL, governed on chain.

One suggestion is that maybe we set aside a portion of the budget for these “network city public good” grants. Have a call for applications and have citizens vote on their top choices all at once.

In the words of @Tradesman: “always was a REIT”.

Thanks for this post. I have dinner plans and not sure if I’ll be able to catch any of the meeting, so I’m going to put my thinking here.

Perhaps it is too idealistic, but the potential of CityDAO to benefit society is what motivated me to join.

Why? When we humans feel secure - like we are enough and have enough - we can operate from abundance rather than scarcity. This brings out the better angels of our nature.

While I don’t think this narrows the mission, I think it could better unite us. I think most CityDAO projects and proposals already serve this mission because web3 mechanisms like harberger taxes and quadratic funding are enablers of equality. We just first have to create the equitable environment among ourselves to operate from abundance

-completely on mission: Building a house or infrastructure on CityDAO owned land or just buying land.

So here is the tough part, I wouldn’t call this on mission at all. Doing so has nothing to do with Web3, and it has nothing to do with building a city, It is a DAO acting as a real estate company. As Nico pointed out above, this isn’t a short-term goal. We want to attract dreamers and Web3 enthusiasts. The ability to do so is CityDAO’s ultimate resource.

We’re unlikely to agree on a new mission. Put another way, we all came here for the old mission which has been deviated from. Why not go back to basics?

I, and I imagine a lot of other folks, would be all for “mak[ing] city assets digitally legible to unleash accessibility, interoperability, and opportunity.”

Amongst all of the missions that we’ve held, this one is the most tangible and, as such, realistic to execute on. Not to mention, it’s the mission we collectively pooled $10m around. 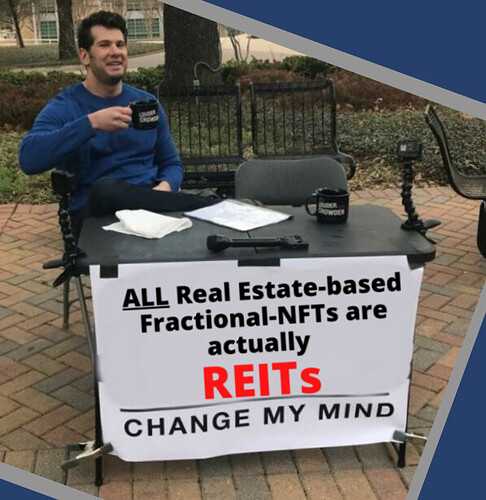 Agreed that it will be tough to organically all agree on a mission. Maybe we can put together 4 or five mission statements all in one vote and see what gets the most?

I contend with the idea that the current mission is too broad, it may seem daunting but the reality is that it may not be. Over the last year when you follow the DAO and its conversations things may seem chaotic and all over the place, and with that narrower view it in fact is rather chaotic and even annoying. However, out of all of that we currently have three tent pole projects: Baby Parcel, DAO labs, and t0wn. Land ownership, economics through the lens of jobs and workspace, and governance and interDAO/Nation State relations. All three of those things are cornerstone aspects of building a blockchain native city of the future. And despite the chaos, the DAO at large has spoken through their votes. Thus, I firmly believe that we have our mission, we have our 2023 and beyond roadmap in front of us. The only thing we really need to do is to continue to cultivate those things, and build support infrastructure to allow the existing projects to, at minimum, be given its fair shot at succeeding. We have in place three major projects that can and will return benefit to the citizens, that have the potential to be disruptive to our contemporary norms, and is the will of the Citizens. Let us focus on those things first, break down the individual steps needed to complete those tasks, and ultimately do something new.

How would you characterize the Parcel 0 NFTs that were airdropped / tokens as membership interests in an LLC that owns real property?

If you are asking me to put it into my own words, I would say: The parcel 0 NFT is a piece of NFT art representing a license from CityDAO to the Parcel 0 NFT holders to (a) use and enjoy Parcel 0, (b) to participate in votes that determine larger aspects of the property, and (c) be part of the overall experiment of CityDAO.

But why take my word for it? Lets check some facts!

Definition and explanation of a REIT according to “investopedia” 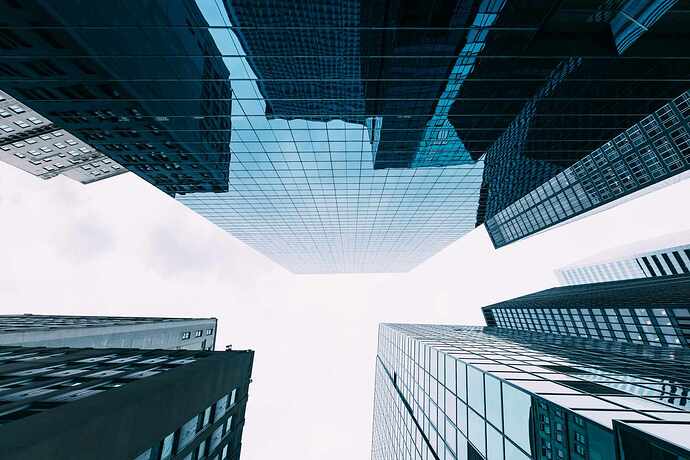 Real Estate Investment Trust (REIT): How They Work and How to Invest

REIT’s are investments managed by real estate professionals (who don’t intent to use their properties, except for profits). I dont think people here want that. I would be sad to see us become a REIT, that’s not innovative or pushing the boundaries of DAOs / blockchain / cities.

You’re missing an answer to the latter half of the question.

Not sure I follow, but I think you are referring to the CityDAO Operating Agreement? I will point a few things out, caveat all of the foregoing with - I am not giving legal advice or taking a legal position - just providing general commentary like the announcer at a football game… but here are some highlights from the CityDAO OA (which I did not write or materially contribute to - for the avoidance of doubt)

Section 2.03: “Neither this Agreement, nor any Citizenship in CityDAO are intended by the Organizer or the Citizens to constitute an investment of any kind, nor are they meant to represent an offer and sale of any form of an investment instrument as understood within the context of the Securities Acts”…“Citizenship NFTs (including but not limited to any Membership Interest in the DAO) do not represent an interest of any kind of any property or assets, both digital and physical, which are held by CityDAO other than the Governance Rights.”

Section 2.04: “It is the Citizens’ intention and understanding that any Citizenship NFT is classified as a “Digital Consumer Asset,” rather than a “Digital Security” or “Virtual Currency” pursuant to Wy. Stat. § 34-29-101.”

Section 5.02: “As a legal entity, the DAO is the sole owner of any real property unless further formal action is taken to convey, grant, or otherwise transfer any interest in real property to individual Citizens or other Persons.”

Section 5.03. “The Parcel 0 Project refers to the first purchase of real property by the DAO. It is the intention of the DAO to experiment with decentralized governance and efficient allocation of property interests to Holders of Parcel 0 NFTs.”

So you’re “commentating” that a) the DAO is the sole owner of Parcel 0, and b) that the Citizens do not own CityDAO LLC? Does this position not contradict the Citizen tokens as membership interests in this LLC under the Wyoming DAO Law?